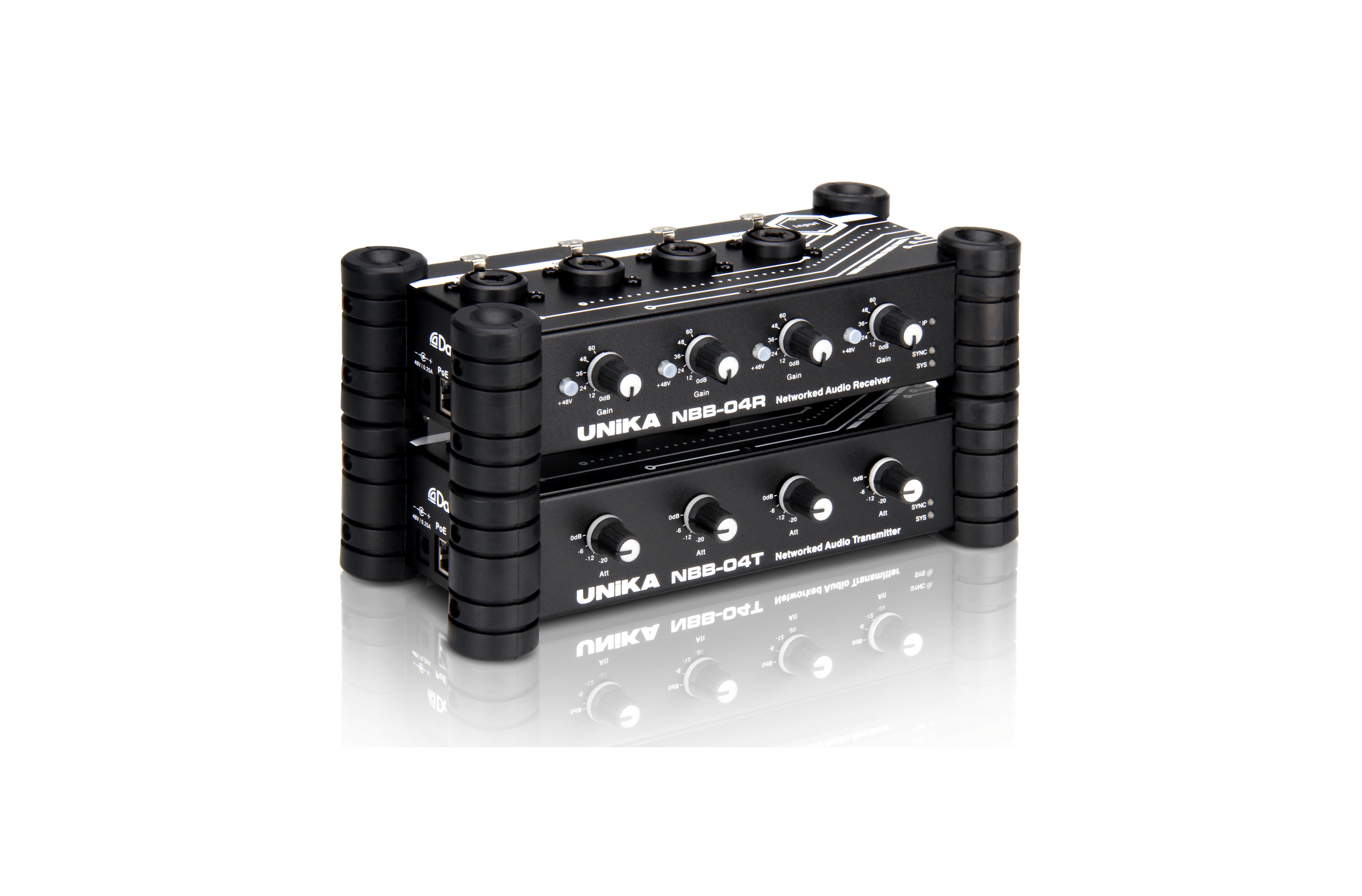 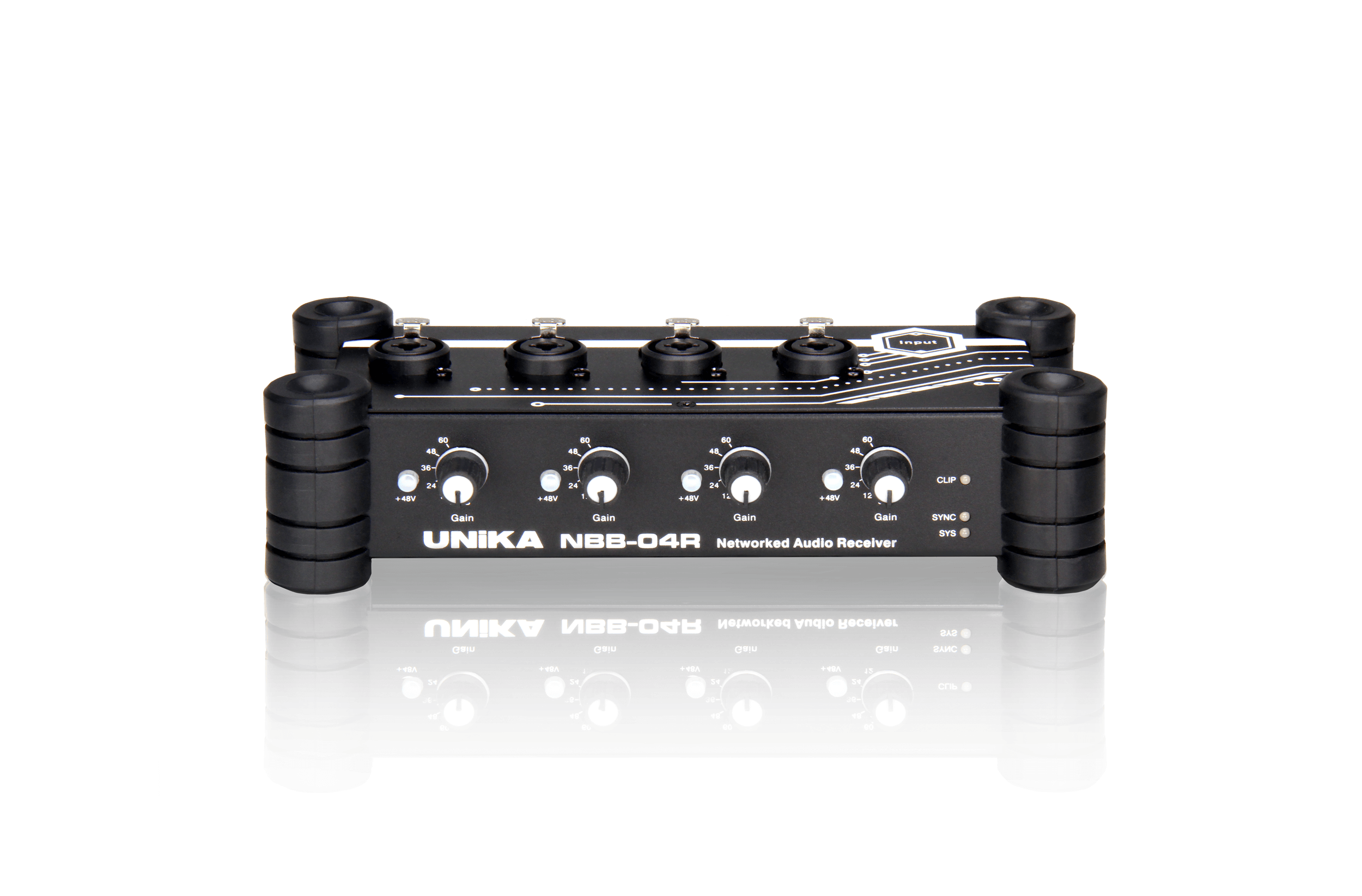 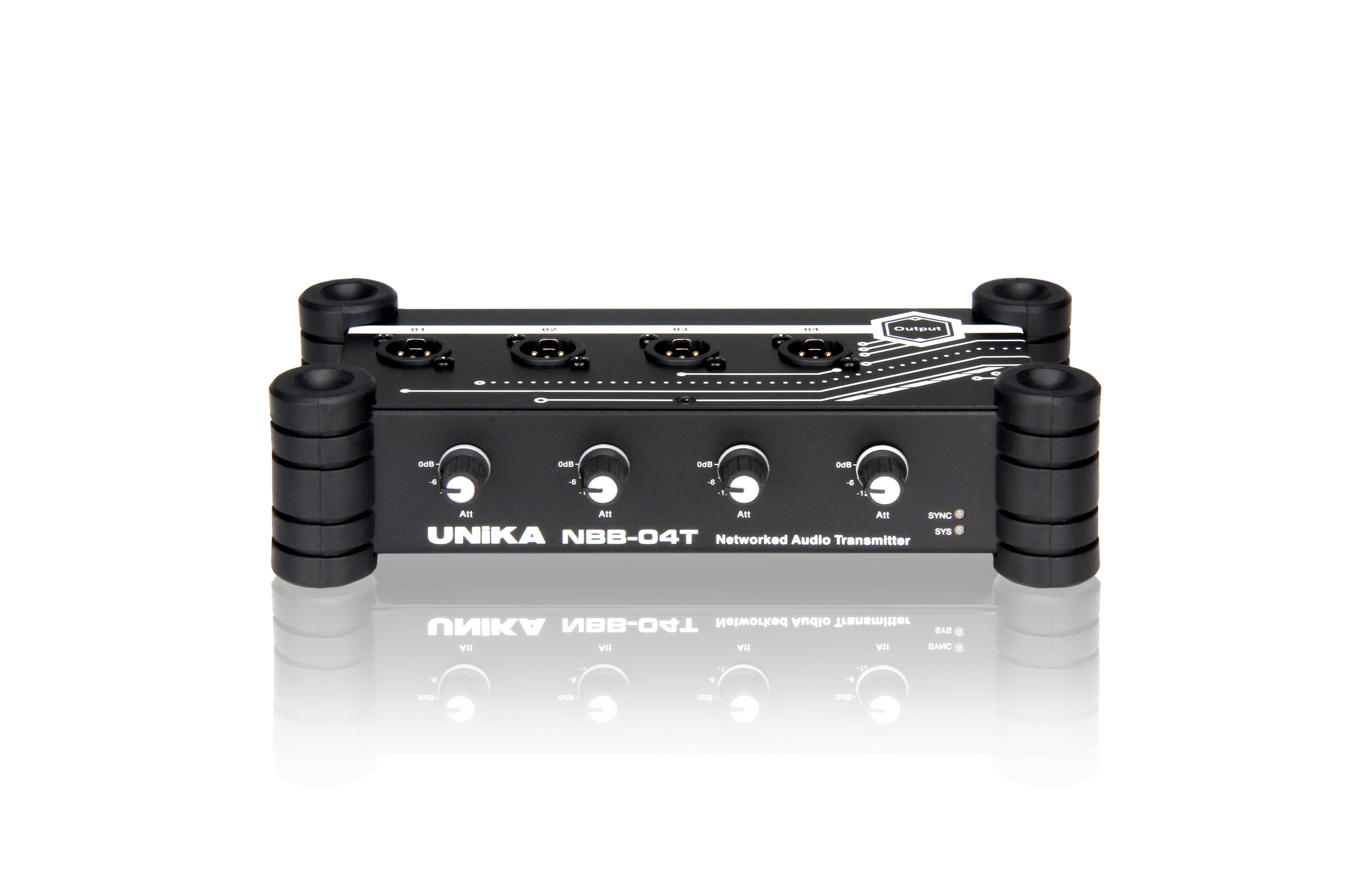 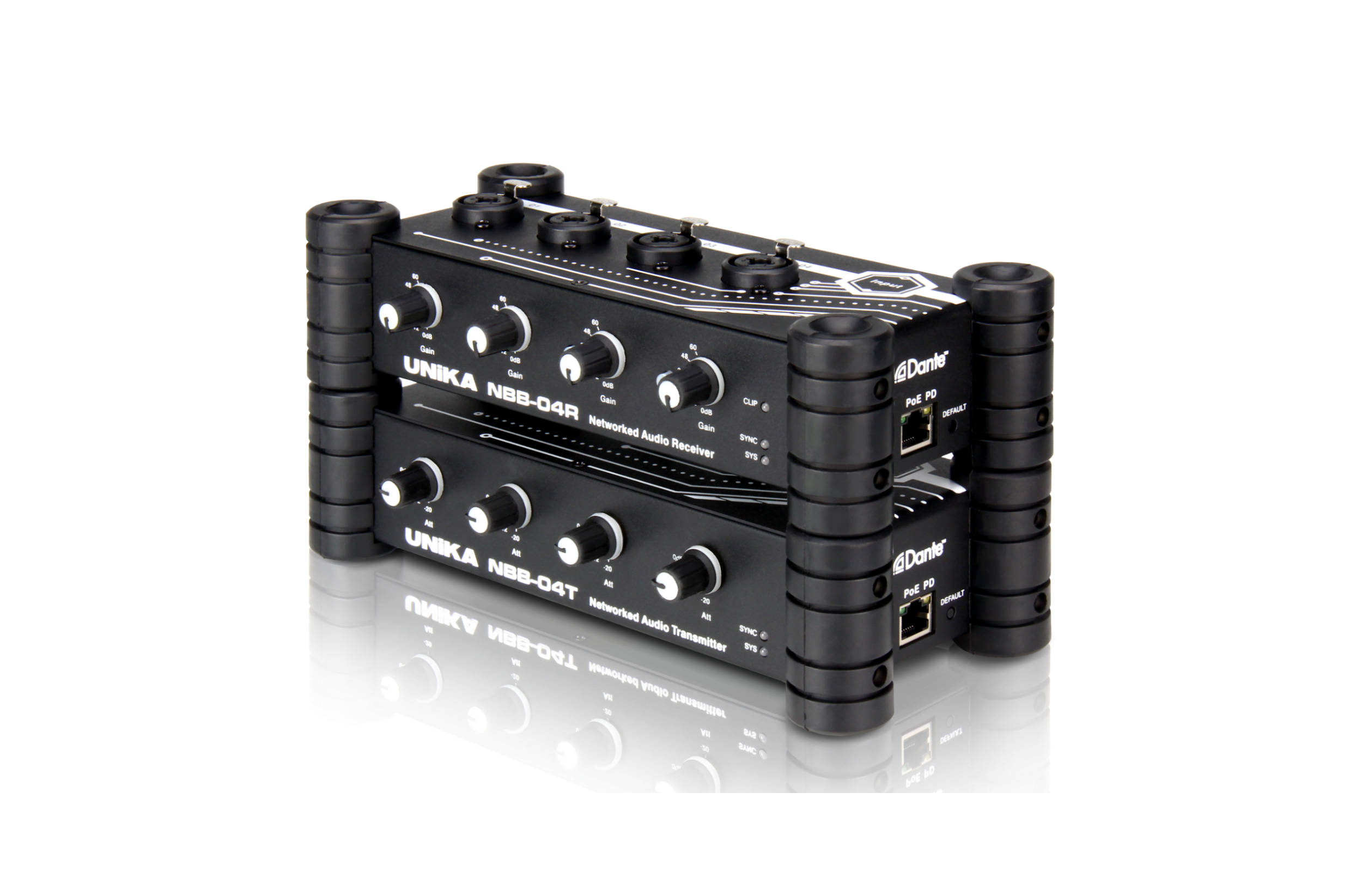 The NBB-04R receives 4 channels of analog audio and converts them into Dante networked audio stream which in turn can be received by other Dante-enabled devices such as digital audio console or DAW; While the NBB-04T, in contrast, transmits 4 channels of analog audio converted from Dante networked audio stream which is distributed from other Dante-enabled devices.

The NBB-04R and NBB-04T adopt Audinate Dante networking technology for audio transceiving, and are very network friendly with unlimited flexibility in topology of deployment. They support up to Layer 3 of IEEE 802.3 network standard, enabling you to organize your audio network with the on the-shelf Ethernet switches or to immediately transport streaming audio by taking advantage of your existing installed network facility with no hassle. Even better, every NBB-04R/NBB-04T comes with two Ethernet ports which allow you to physically cascade several NBB-04Rs/NBB-04Ts in the same network link. Accompanying with Ethernet switches, this capability helps NBB-04R/NBB-04T gaining flexibility and expanding territory in device deployment in audio networking.

Audio routing among NBB-04Rs/NBB-04Ts and all the other Dante-enabled devices is configured via computer with dedicated Dante Controller software which is available free from Audinate website. With Dante Virtual Soundcard software, you are even able to have your DAW software direct record/play multitrack streaming audio from/to NBB-04R/NBB-04T.

The audio input/output interfaces of NBB-04R/NBB-04T are fully met the requirement of professional audio industrial. Audio is encoded/decoded with the latest and uncompressed 24-bit PCM encoder/decoder with sample rate in 44.1KHz, 48KHz, or 96KHz. The NBB-04T outputs are peculiarly buffered with amplifiers of high-rail-voltage which can drive the lines up to 24dBu. Besides the high-level of drive capability, the output of NBB-04T can also be attenuated to meet the narrower reception range of inputs of some semi-professional devices. All inputs of NBB-04R accept signal of level from mic to line with individual gain and phantom power control. The NBB-04R is also equipped with a clip indicator for all the inputs to warn audio technician any signal overload on inputs.

《The above information is subject to change without notice.》

Direct Connecting to Notebook or Console